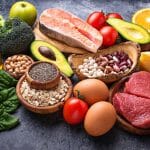 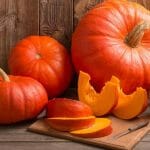 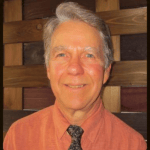 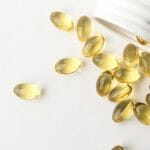 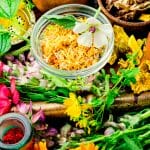 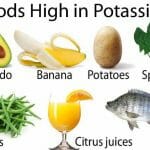 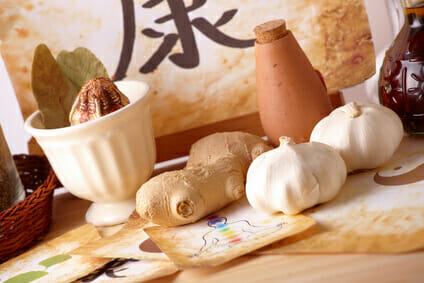 Study subjects who were found to have higher levels of selenium demonstrated lower risks for developing bladder cancer, especially among women.

Higher selenium levels have also been associated with lower incidences of other types of cancer including female and male breast cancer, thyroid cancer and some hypothyroidisms, male prostate, and other cancers as well. Selenium is a strong anti-oxidant. It is a trace mineral or trace element that should be taken in trace amounts! I usually recommend about 200 micrograms (mcg.) total per day for an adult preventive dose. For therapeutic doses, I recommend about 400 mcg. total per day depending upon the size of the person and how much they perspire. It usually comes in very small 200 mcg. capsules. If you take selenium as a supplement, it is more effective when combined with a full spectrum vitamin E and for several cancers also combined with garlic or odor-free garlic supplements.

I remember I was so depressed I was going to jump out a window on the tenth floor. They sent a priest up to talk to me. He said, “On your mark…”*

SAMe, in combination with standard depression treatment, was more effective than antidepressant treatment alone in improving measures of depression and remission rates of patients with significant clinical depression.

SAMe does not combine well with some drugs used for bipolar manic-depression and should be used very cautiously with bipolar clients. There are many other safer , effective, and well documented natural remedies for depression — and for other disorders relating to the brain, neurotransmission and nervous system, cognitive functions, emotional disorders, etc…. I will teach a class entitled “Brain Nutrients: Foods, Herbs, Supplements & Essential Oils” on three Tuesday nights August 6 – 20. Steve

Why must you be careful of tea at night?

The antioxidants and polyphenols found in green tea were shown to help protect DNA in human studies. People who drank green tea daily for one month demonstrated a reduction in DNA damage and whole body oxidative damage according to specific biochemical markers.

Green tea and white tea (from the same plant Camellia sinensis) generate other important health benefits including: cardiovascular protection, inhibiting the oxidation of the harmful LDL cholesterol, prevention and treatment of several cancers, and more. I will describe the more effective and safer ways of using Camellia sinensis in both the “Cardiovascular Disorders & Improving Your Heart” class on two Tuesday nights July 23 & 30 , and in the “Immune Dysfunction” class mentioned above. Resveratrol, derived from (preferably organic) grapes, the herb turmeric, and a few other natural substances are also quite beneficial for protecting DNA. Steve

Did you hear that NASA recently launched a bunch of Holsteins into the Earth’s orbit?

They called it the Herd Shot ‘Round the World!

High quality whey can produce several other benefits. High quality whey is high in biological value (BV) which means the protein and other nutrients are “usually” for a majority of people better absorbed than the other protein rich foods. Steve

Arginine, when supplemented to rats displaying symptoms of type II diabetes, was shown to decrease and reduce the formation of advanced glycation end products or AGE’s.

AGE’s are the products of glycation reactions, in which a sugar molecule bonds toeither a protein or lipid molecule, the product of which can go on to cause cellular and DNA damage. This is a common occurrence in those suffering from diabetes or Metabolic Syndrome. Diabetes or Metabolic Syndrome has been increasing rapidly. AGE’s can cause many other serious health disorders.

The amino acid L-Arginine is best taken on an empty stomach or with carbohydrates and/or healthy fats but not with protein. Recommended adult amount is 500 – 1,000 mg. Resveratrol, derived from (preferably organic) grapes, and the herb turmeric are also quite beneficial for decreasing or AGE’s. Steve

My feeling is you can never have enough garlic. With enough garlic, you can even eat my mom’s “guess what’s in the meatloaf or nutloaf”.

Damage to cardiac function is well documented in diabetes, and death from heart disease is known to be between two and four times higher in patients with diabetes than those without diabetes.

A recent study demonstrated that diabetes related cardiac dysfunctions were dose dependently relieved through the administration of garlic oil. Various parameters of cardiac function were positively affected also suggesting a cardio-protective role for garlic as well.

Read a related article entitled “The Chemistry of Garlic Health Benefits.” Besides eating moderate amounts of raw or gently cooked garlic,there are many good garlic products available from retail health food stores and quality discount catalog companies. Note, I will teach a class entitled “Diabetes & Erratic Energy” Tuesday July 16 from 6:30 – 9:55 pm. Since diabetes is very often preceded by another very, very common disorder called hypoglycemia or low blood sugar (that affects people throughout their body and emotions and energy), I am also teaching a class entitled “Hypoglycemia — Low Blood Sugar and Energy” on Tuesday July 9 from 6:30 – 9:55 pm. Steve

What did the cannibal say when he saw a sleeping missionary?

Young adults may be more prone to increased amounts of depression and mental stress when combined with reductions in the amount of sleep they experience.

There are many very good, natural, safe, effective sleep aids available from retail health food stores and quality discount catalog companies. These include but are not limited to: the herbs skullcap, passion flower, strong chamomile, valerian, hops, kava-kava, and lemon balm; the amino acids L-trytophan and L-gaba mixed with L-theanine; and trytophan rich foods such as turkey, bananas, and milk. Steve

What do sea monsters eat?

A recent study revealed that when combined with statins, omega-3 fatty acids from fish oil significantly improved the cholesterol lowering effects of the drug.

Fish oils, even when used alone, have been shown to be an effective modulator of blood lipids.

I have discussed the different benefits of fish oils many times and often recommend them. If you use them in aggressive dosages or on an ongoing basis, be careful with the potential blood thinning effect (for better or worse). FYI: blood thinning can be counteracted by eating vitamin K rich foods such as dark leafy greens, or taking a supplement of about 50 mg. of K1 and 50 mg. of K2 combined as a total adult dose per day. Take both fish oils and vitamin K with meals that contain some kind of healthy fat. Steve

Endometrial cancer is the fifth most common cancer among women. Its primary risk factors include exposure to high estrogen levels and obesity, which is known to elevate chances of developing the disease by between three hundred to five hundred percent.

According to a recent study, vitamin D supplementation “inhibited the carcinogenic effect of obesity on the endometrium”, in mouse models of obesity.

Note, vitamin D3 is usually the best form. If you are taking large, therapeutic amounts, I suggest you take D3 with other complimentary or synergistic nutrients including vitamin K discussed above. Take both vitamin D3 and vitamin K with meals that contain some kind of healthy fat. Steve

A diabetic walks into a bakery as asks the guy behind the counter, “What do you have that is safe for diabetics?”The baker says, “Everything, as long as you don’t put it in your mouth.”

Glutathione, the primary antioxidant produced in the body also is required to maintain the normal function of the immune system. It is known to play a critical role in the multiplication of lymphocytes, important immune cells. As oxidative damage is a serious problem for those suffering from type II diabetes (over 90% of diagnosed diabetes cases, which are increasing rapidly, are type II. Type II diabetes is often precedede by hypoglycemia or low blood sugar — Steve), efficient glutathione synthesis is of upmost importance.

Unfortunately, in patients suffering from uncontrolled type II diabetes, glutathione synthesis within the body can be greatly comprised. Recent research has confirmed though, that supplementation with the glutathione precursors, cysteine and glycine can normalize and help optimize glutathione production.

Source: Glutathione synthesis is diminished in patients with uncontrolled diabetes and restored by dietary supplementation with cysteine and glycine .

Important notes: If you are taking any of the amino acids, be sure to take them in the “L” form and do not exceed the dose recommended by an experienced therapist. Also note, I will teach a class entitled “Diabetes & Erratic Energy” Tuesday July 16 from 6:30 – 9:55 pm. Since diabetes is very often preceded by another very, very common disorder called hypoglycemia or low blood sugar (that affects people throughout their body and emotions and energy), I am also teaching a class entitled “Hypoglycemia — Low Blood Sugar and Energy” on Tuesday July 9 from 6:30 – 9:55 pm. Steve